The route "Through the mountains to the Black Sea, through the shelter Vodopadny"

This is a 52 kilometer long circular route. The duration of the entire hike is 3-5 days. It starts from the Lagonaki Plateau and crosses the Fisht-Oshten massif, which is the Western high-mountain part of the Greater Caucasus Mountain Range. Most of the route lies at the altitudes higher than 1000 m above sea level, and in some of its parts the altitude exceeds 2000 m.

During the journey, the tourists observe the change of landscape at different heights. The route runs past the yew and beech thickets, waterfalls, subalpine meadows, rocks. This is one of the regions of the Caucasus rich in waters, giving birth to many rivers flowing into the Black sea. Fisht-Oshten massif has several glaciers, and one them rests lower than any other low-lying glaciers in Europe.

The route trail takes the travelers through several mountain passes, and it is planned to spend the nights in equipped areas in such places as Instructorskaya Schel, Tsitse shelter, the Waterfall Shelter (Vodopadniy), Babuk-aul Shelter). The trail is marked, and it includes river crossing and parts to take horse.

The route ends near the river Shahe, at the checkpoint called Belaya. 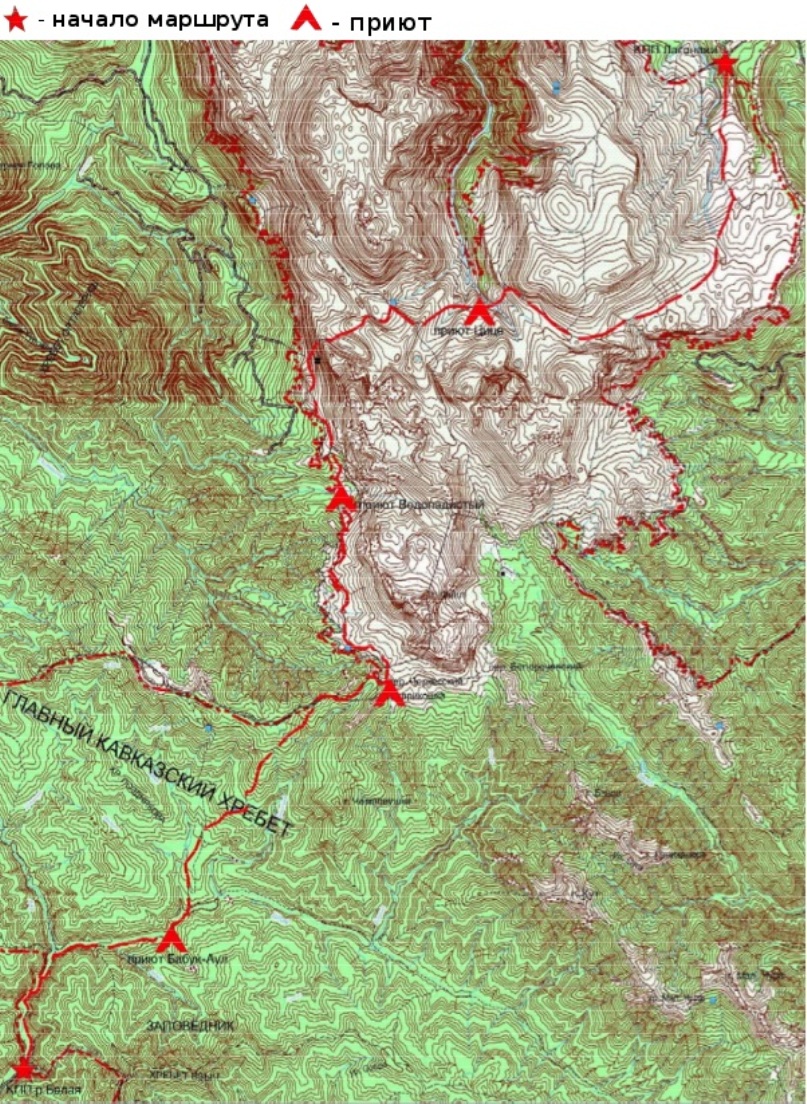