Concert Hall Festivalniy is located in the Central district of the city close to sanatoriums, guest houses and hotels. It is the oldest and largest venue in Sochi, a brilliant architectural landmark of the resort city, and the concert scene in the thick of social and cultural life of the city.

The opening of the Hall took place on June 14, 1979 with a concert of the state academic choreographic ensemble Berezka. The best Symphony orchestras of Russia, famous choreographic and choral collectives of many countries performed under the arches of the Festivalniy.

Today, this magnificent architectural complex is one of the attractions of the resort city.

The Concert Hall operates during the summer season and is closed during the cold season due to weather conditions. During the summer, you can witness the performances of many bands and artists of different genres.

The capacity of the auditorium is 2500 seats, they are arranged in an amphitheater and from each of them you can clearly see not only the stage, but also the sea with the surrounding landscape. In the lobby and on the terraces there are cafes, bars, buffets.

Tickets for the performance can be purchased at the box office or online on the official website. 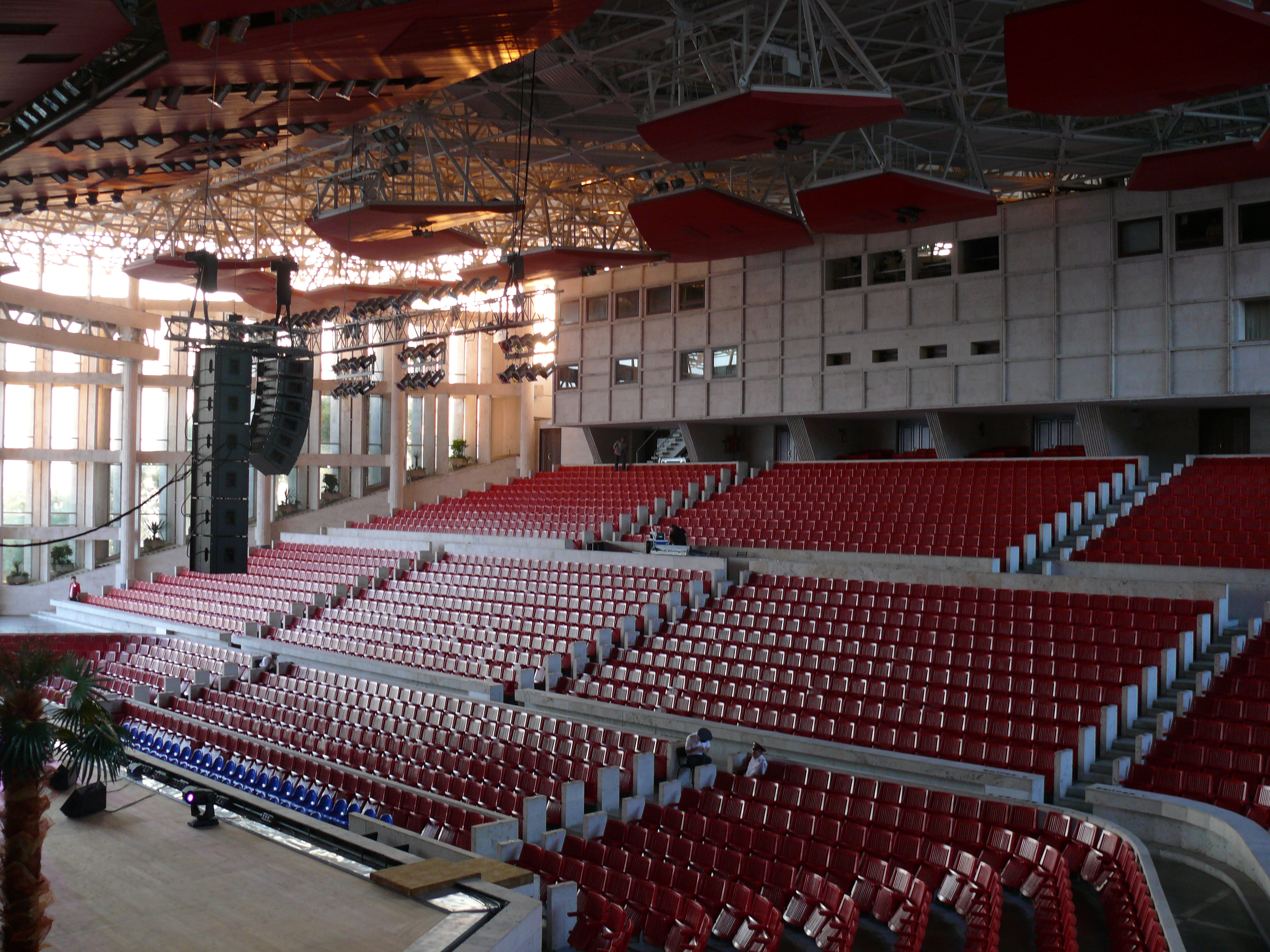