MUSEUM OF ARCHAEOLOGY AT ROSA KHUTOR

The Museum opened in October 2018. Its collection includes historical materials obtained during the construction of Olympic facilities at the resort in 2010-2014. The resulting material is unique and illustrates the rich history of the region. The exhibition begins with the formation of the Caucasus mountains and tells about all periods: the Stone age, the Bronze age, Antiquity and the Early Iron Age, the Middle Ages, the New Time. The main exhibits of the Museum are historical finds discovered on the territory of the resort Rosa Khutor: tools, weapons, household items, women's jewelry and much more. The Museum uses modern formats of exhibiting, when the traditional exhibition techniques are combined with interactive technologies. Among such objects, an important place is allocated to the artifacts restored with the help of augmented reality in the original historical form, as well as the fascinating interactive complexes: the Map of Monuments and Artifacts, The Animals of The Stone Age, Caucasian Medieval Manor, and the Mega-Book called Adventures of Baron Tornau. A special part of the exhibition is dedicated to the so-called She-Wolf Stele, which is inscribed with the legend about the ancient sanctuary. This is a sacred place on the territory of Rosa Khutor - a huge stone in the form of a wolf lying with her head raised, to which leads the path laid by ancient people between the giant boulders. Archaeologists define this stone as a place of ancient rituals. 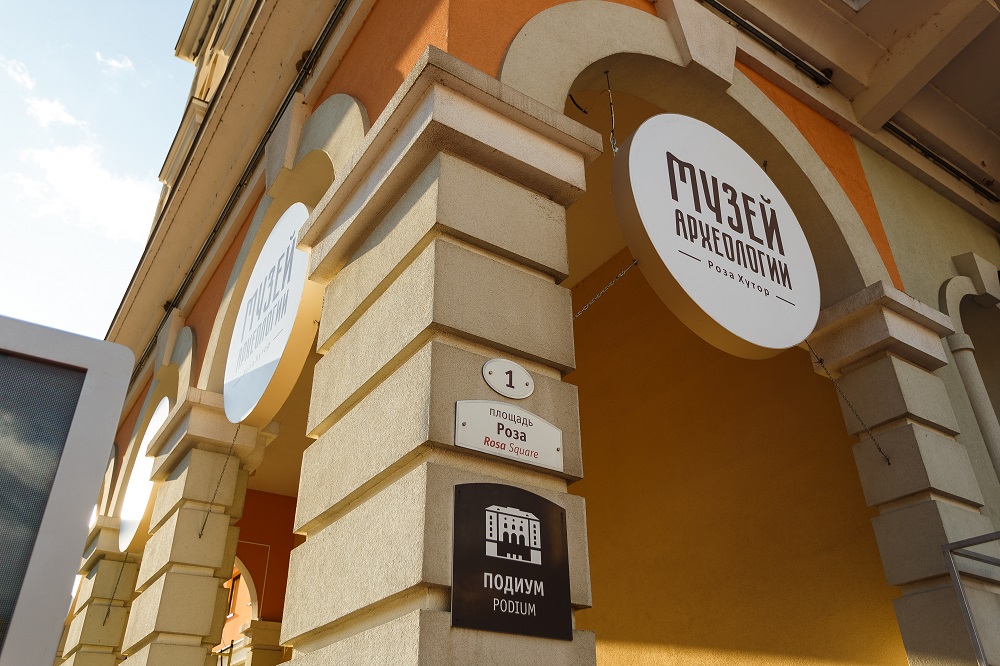 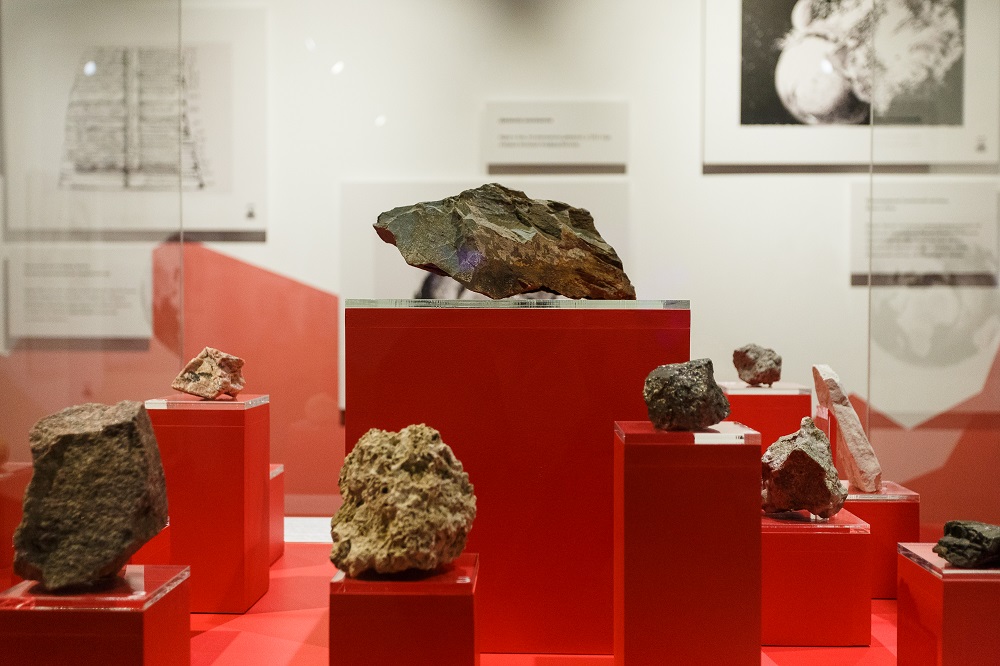 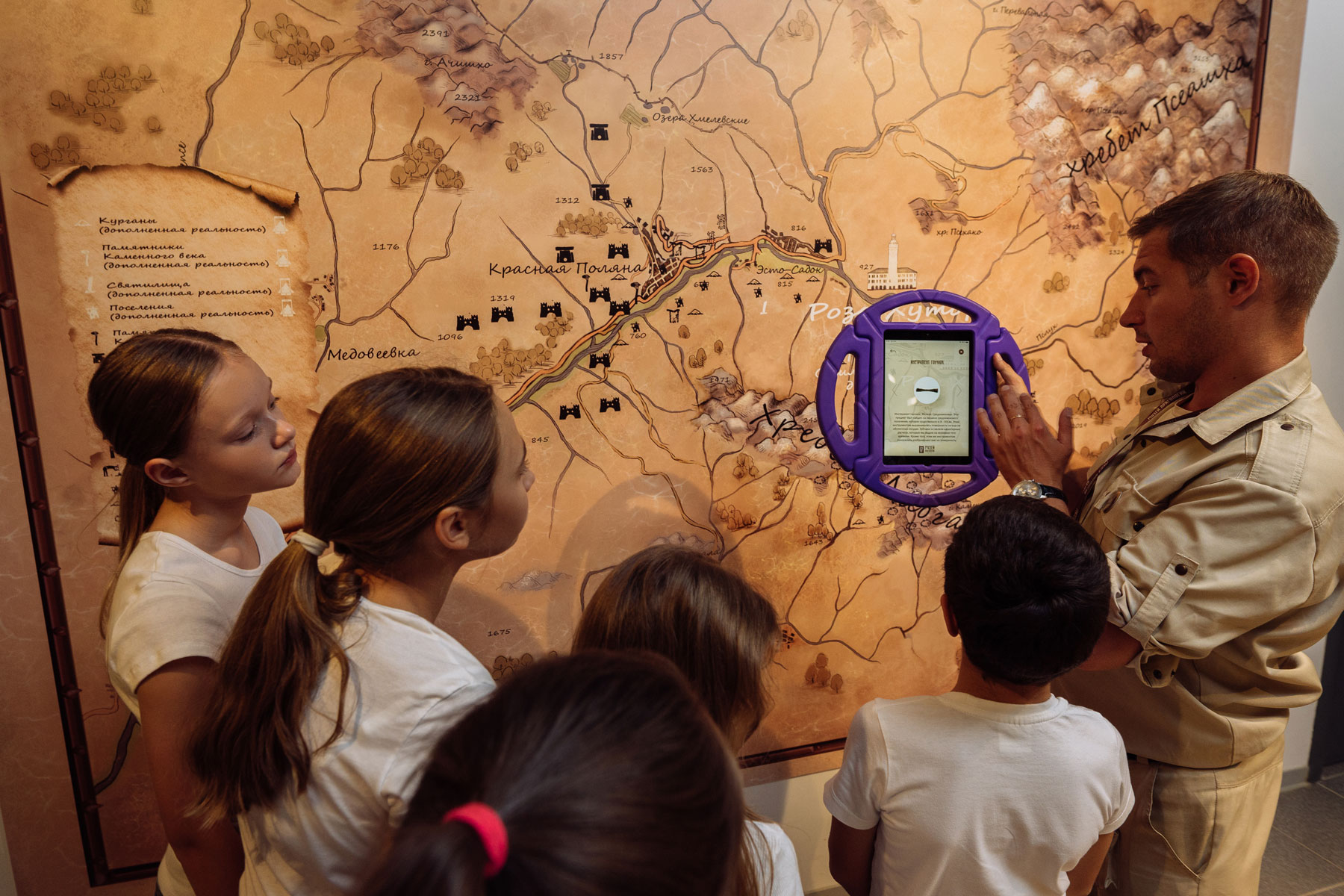