Gazprom alpine tourism center is an all - season resort, located in the village Esto-Sadok in Adler district of Sochi. The infrastructure of the Alpine tourism center is distributed over the valley of the Achipse river, the Psehako plateau and Aibga ridge at altitudes from 540 to 2256 meters above sea level.

The 4* Polyana 1389 Hotel and Spa is the highest four-star hotel in Sochi. The complex is located at an altitude of 1389 meters, surrounded by peaks, and has 151 rooms, 94 apartments, 28 cottages, an outdoor pool, a SPA center and direct access to the ski slopes.

The 5* Grand hotel Polyana is the flagship hotel of the resort. It offers 413 rooms, 16 cottages, a picturesque territory, an outdoor swimming heated 50-meter pool, and a SPA-center.

At alpine tourism center Gazprom resort, there are two areas available for skiing. The cozy Laura with its tracks running through the fir forest on the Psehako plateau; and the legendary Alpika trails on the Aibginsky ridge (the first ski resort in Krasnaya Polyana, which opened after a global reconstruction).

In total, the resort has 35 trails of all complexity levels, up to 66 m wide, for day and evening skiing. The resort also has several children's slopes. There is a ski school. Gazprom is the only resort in Krasnaya Polyana that offers cross -country ski rental.

The resort has a modern medical center and Alexei Dikarev’s Center of Plastic and Reconstructive Surgery.

Alpine tourism center Gazprom is proud of its Bathhouse located highest of all in Russia. The Bathhouse with its self-explanatory name #Neprostobanja (An extraordinary bathouse) opened at the resort in the spring of 2018. Its title of the highest above sea level bath in Russia is officially registered in the Russian book of records. # Neprostobanja is located at an altitude of 2256 meters, on the slope of Alpika.

Spending your vacation with the family

The resort has an entertainment center called Galaxy, the park of topiary figures Green Planet, the Husky Park, Sovarium (The Home for Owls), the Deer farm, horseback riding, paragliding, exhibition of alpine facility construction and maintenance equipment, buggy rides, bicycles, excursions on cable cars, a master class in painting held in the mountains and many other services all year round.

For tourists and athletes

The most famous sports facility of the resort is Laura Ski and Biathlon Complex. In 2014, it hosted the Olympic and Paralympic competitions in biathlon and cross-country skiing.

Alpine tourism center Gazprom resort is open not only for the tourists from all over the country, but also for professional athletes. The Russian national teams in cross-country skiing, biathlon, triathlon, swimming, cycling, orienteering, figure skating and other sports choose this alpine tourist center primarily because of its infrastructure and favorable location. 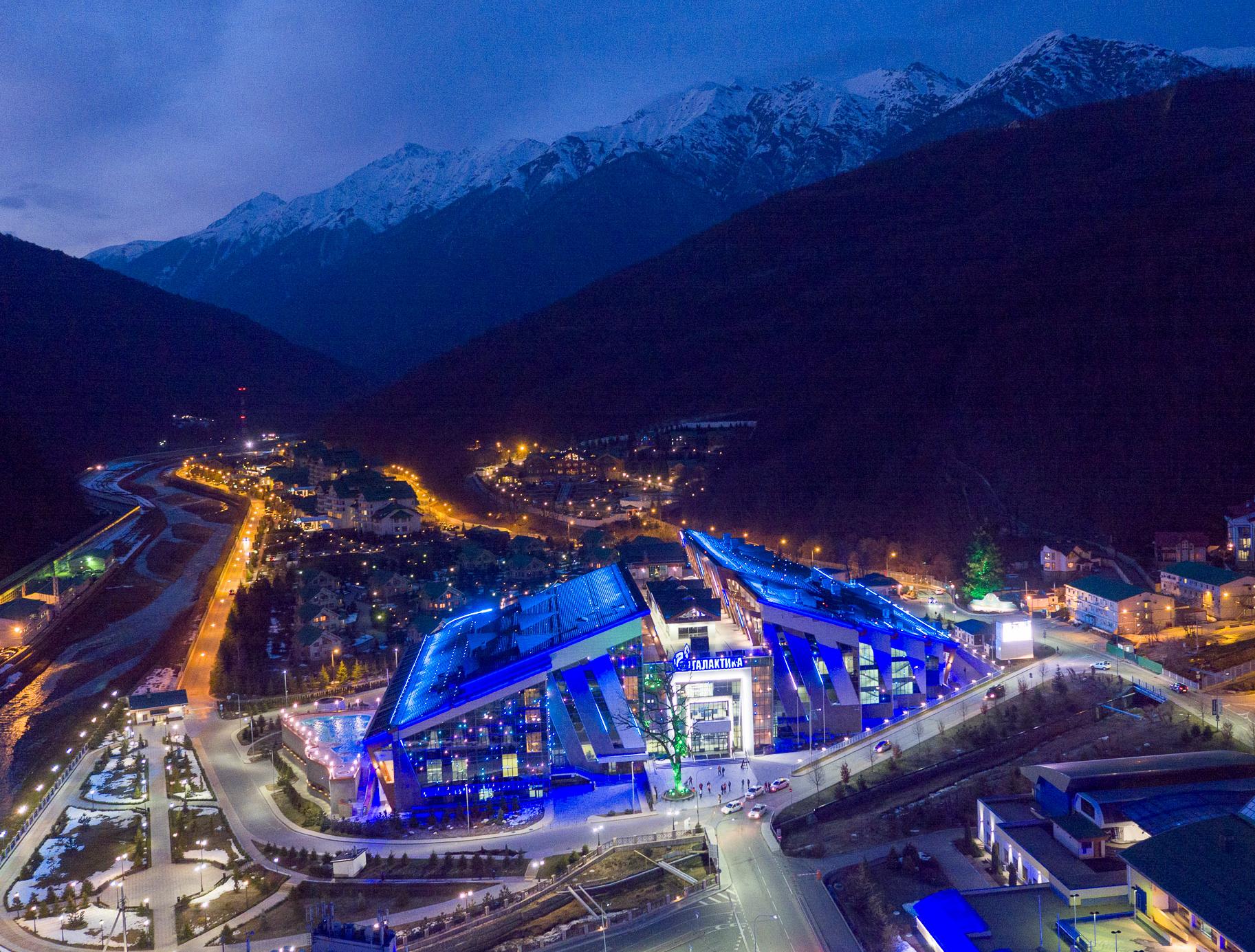 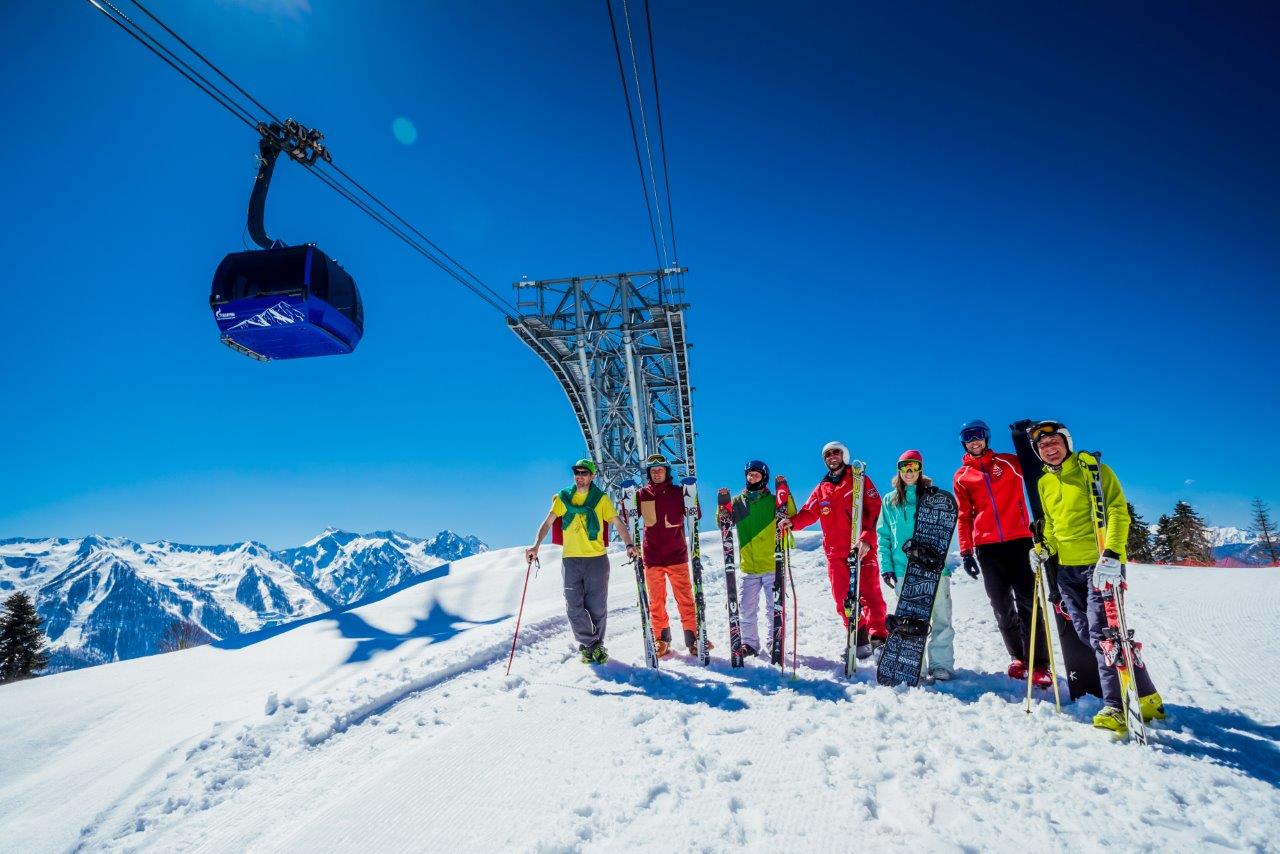 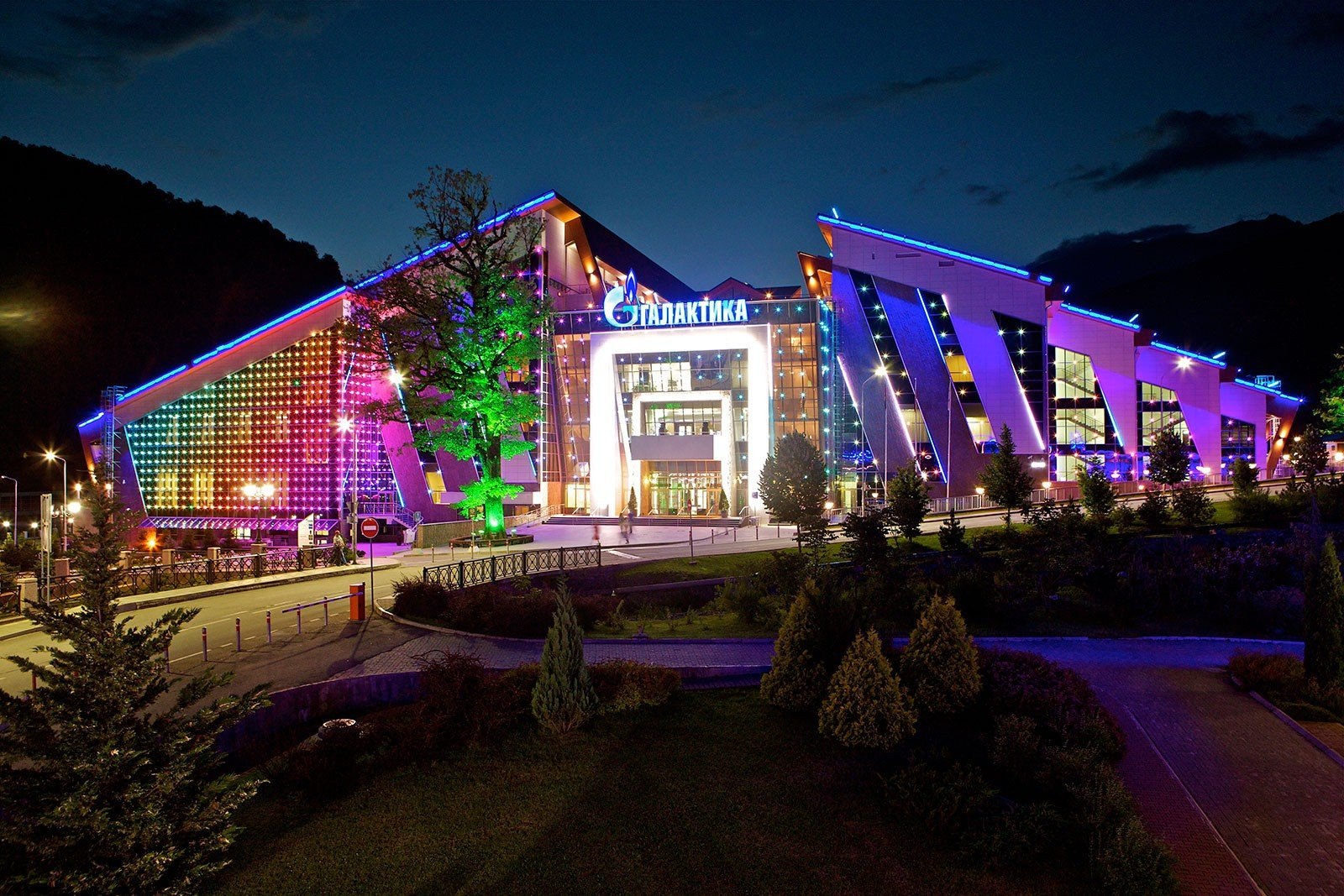 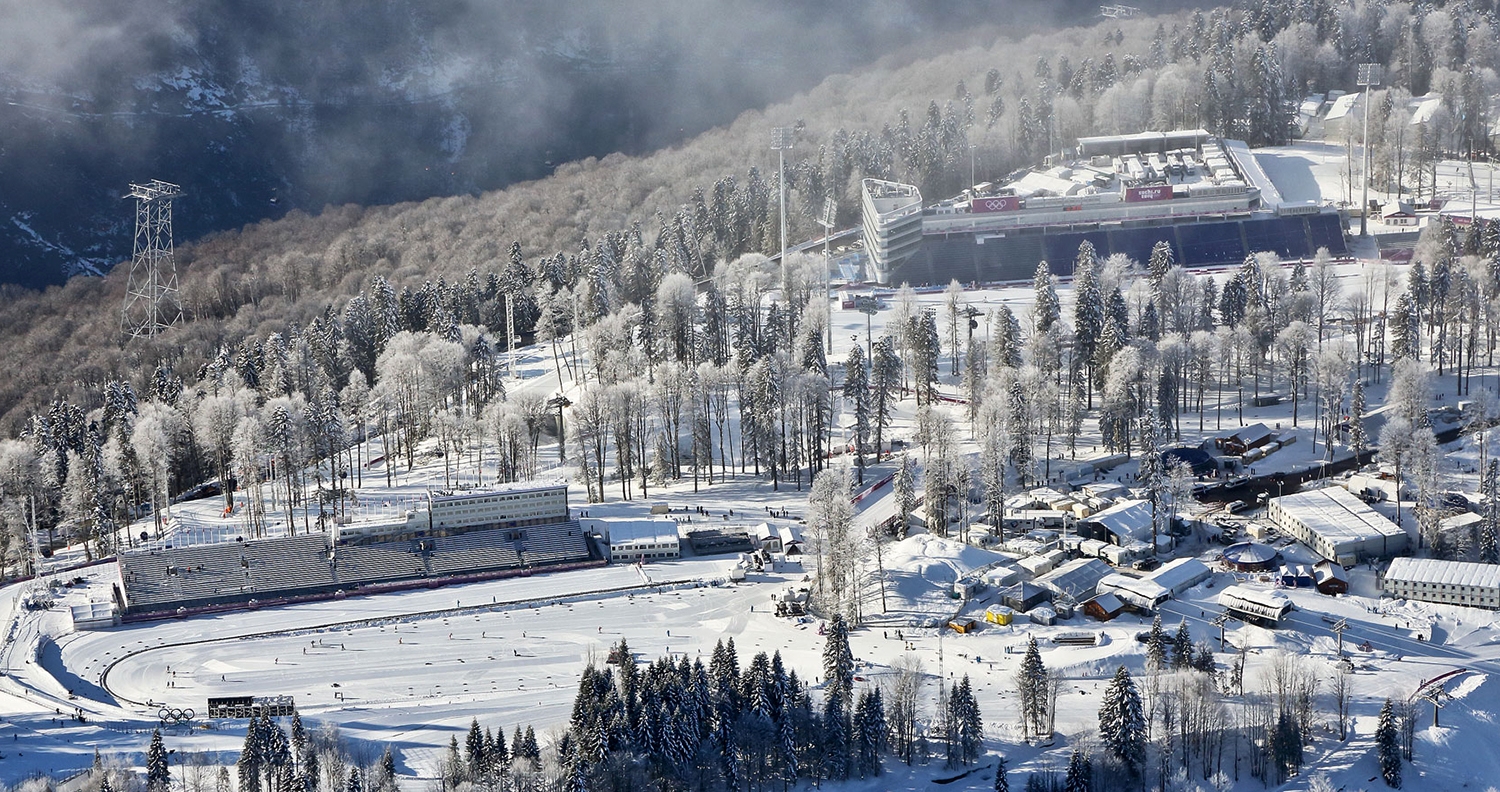 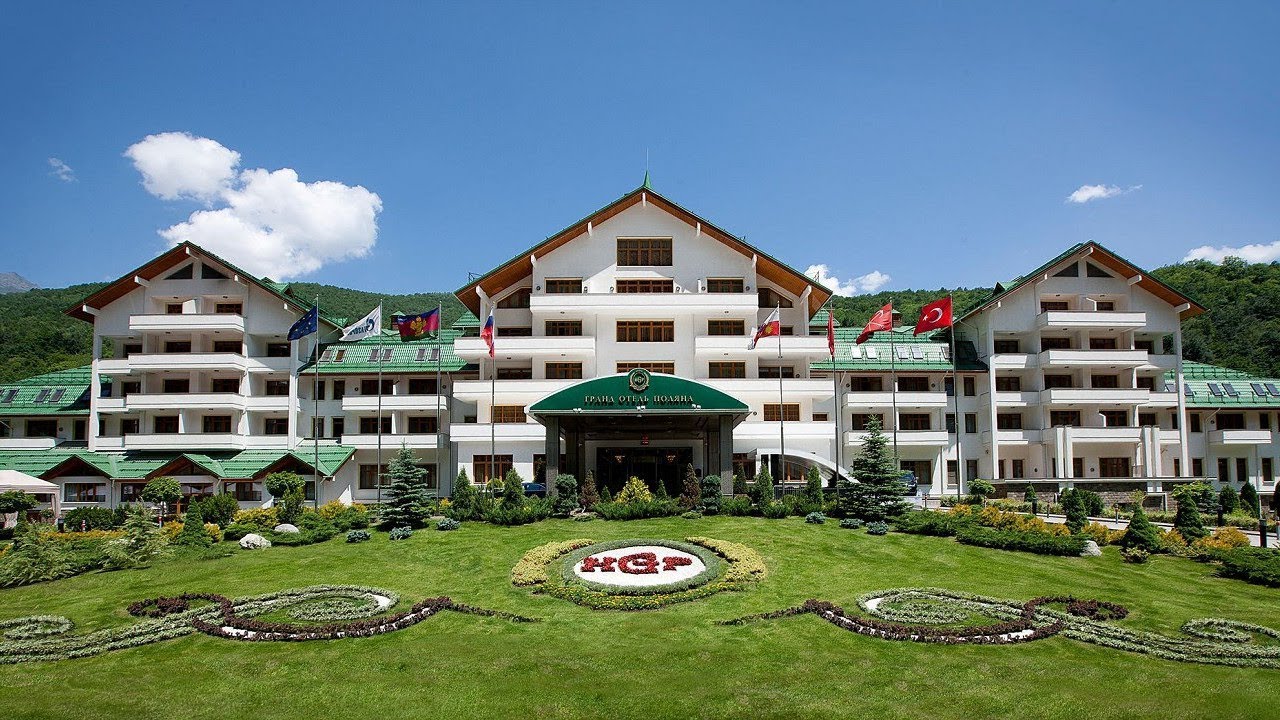 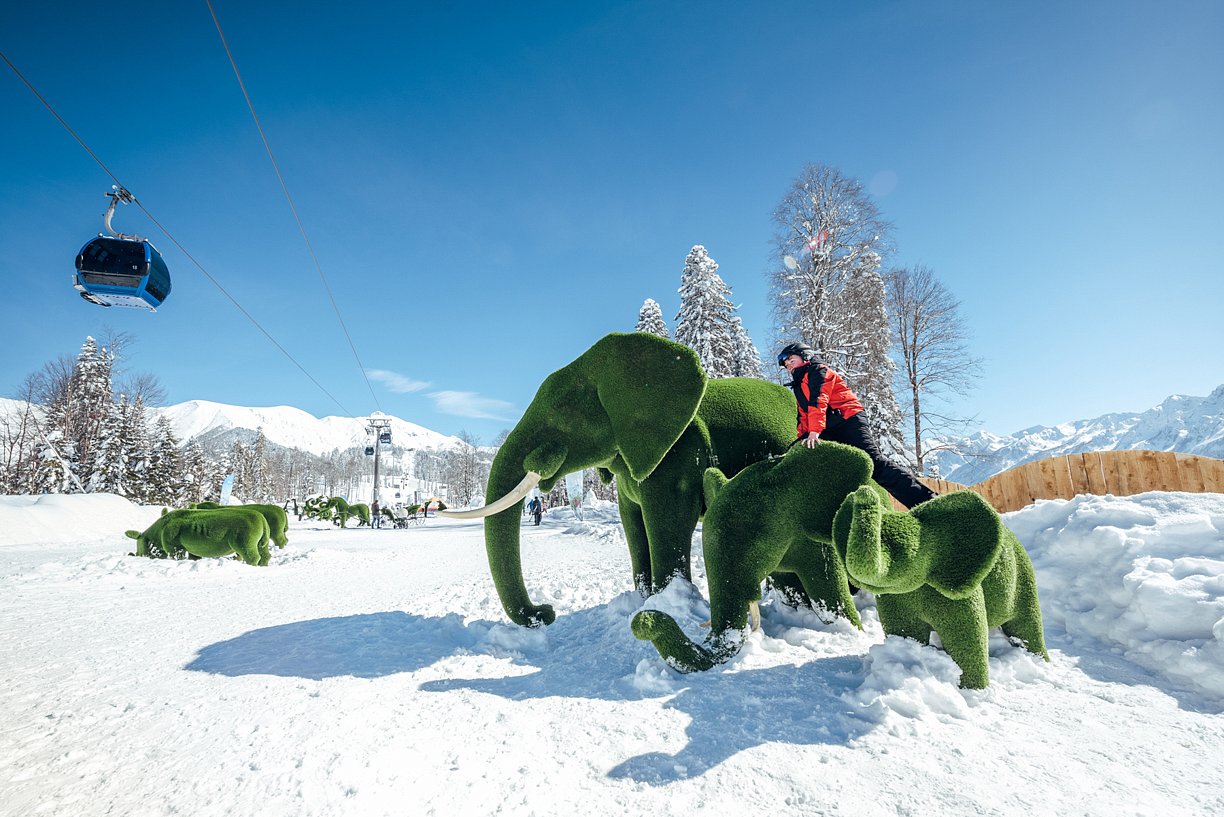 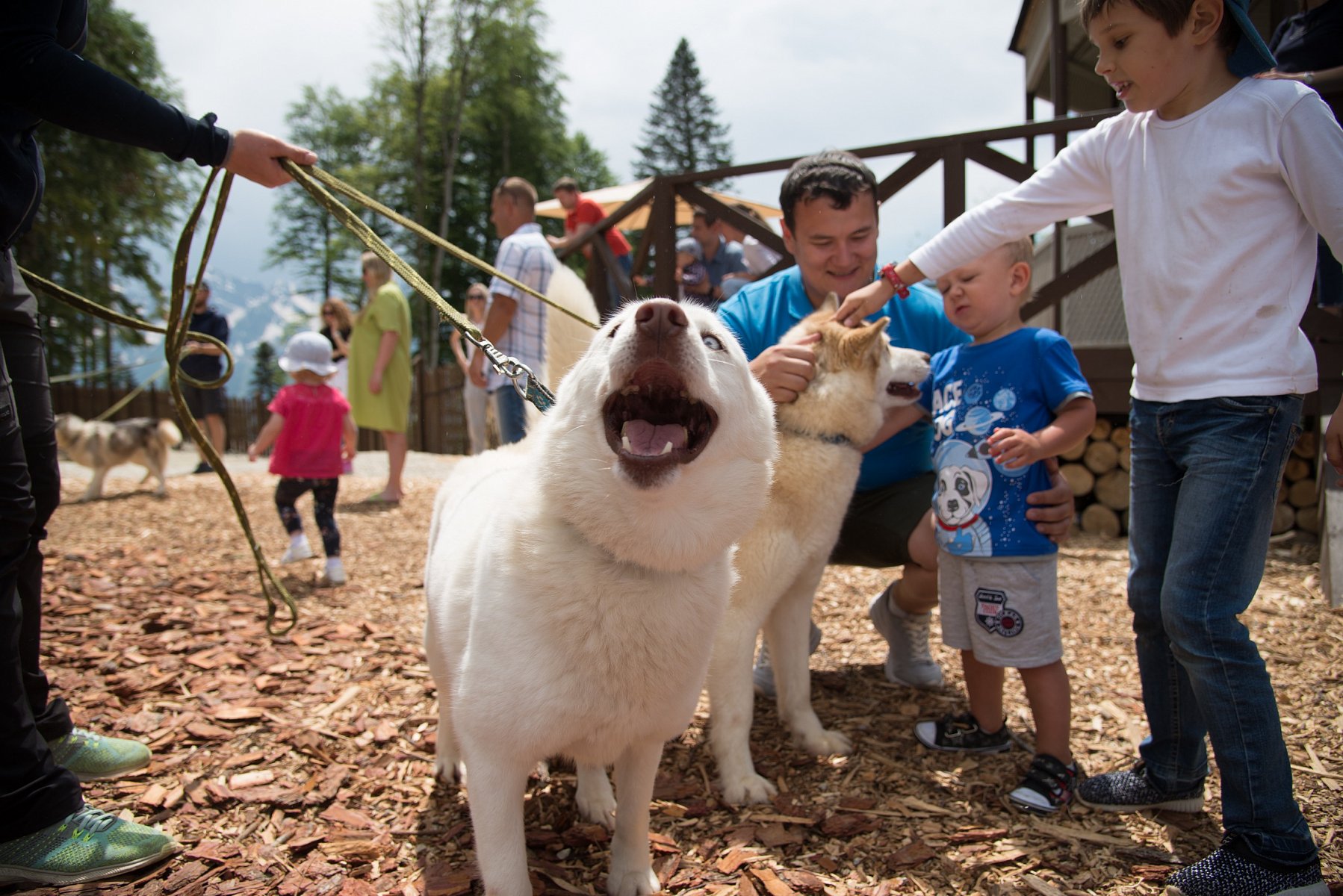 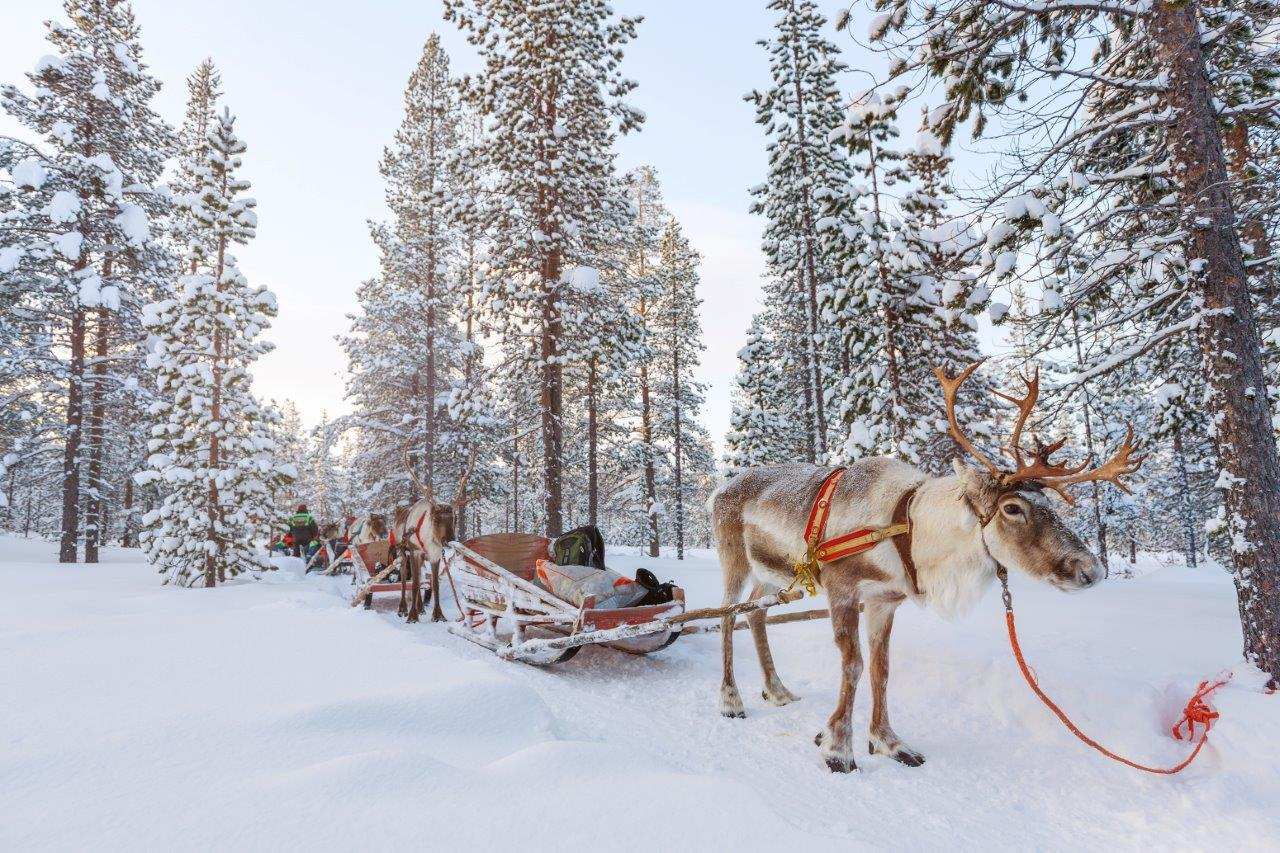