THE TEMPLE OF THE HOLY PRINCE VLADIMIR EQUAL TO THE APOSTLES

The Temple of the Holy Equal-to-the-Apostles Prince Vladimir is located in the Central district of Sochi, in Vinogradnaya street. The location on the hill allows one to see the dome of the temple from a variety of places in the city. It took five years to build the temple as per the project of architect Dmitry Sokolov. Its consecration took place in 2011. The Temple received its name in honor of Prince Vladimir, who in 988 started the Christianization of Rus’.

Unusual architecture distinguishes the temple from other temples in Sochi. The abundance of color and decor makes the temple look like Palace from a fairy-tale. The main drum of the temple is decorated with eight 4-meter figures of the apostles. They are made, like most of the decorations, of ceramics. About 30 masters of Palekh icon painting were engaged in painting the walls from the inside.

This type of temple is called a ship. One after the other, from West to East, there are the bell tower, the refectory, the temple itself and the altar. The temple shop is not inside it, but in a separate building on the temple grounds.

The territory of the temple has ornamental plants, a car Park, and a few benches. In the darkness hours, the temple building is illuminated.

The Holy Prince Vladimir Temple has a second, downstairs altar, in honor of St. Nicholas the Wonderworker and St. Spiridon, Bishop of Trimifunt. 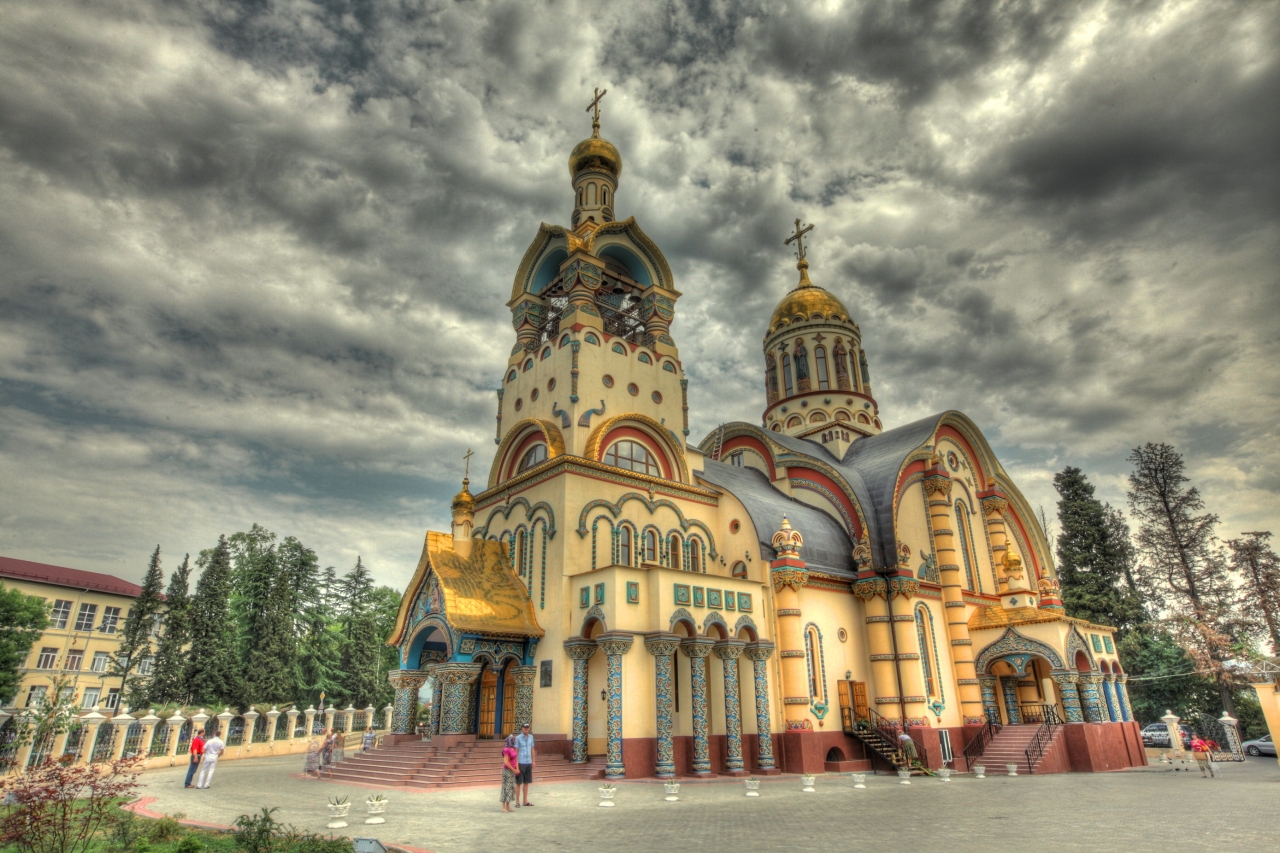 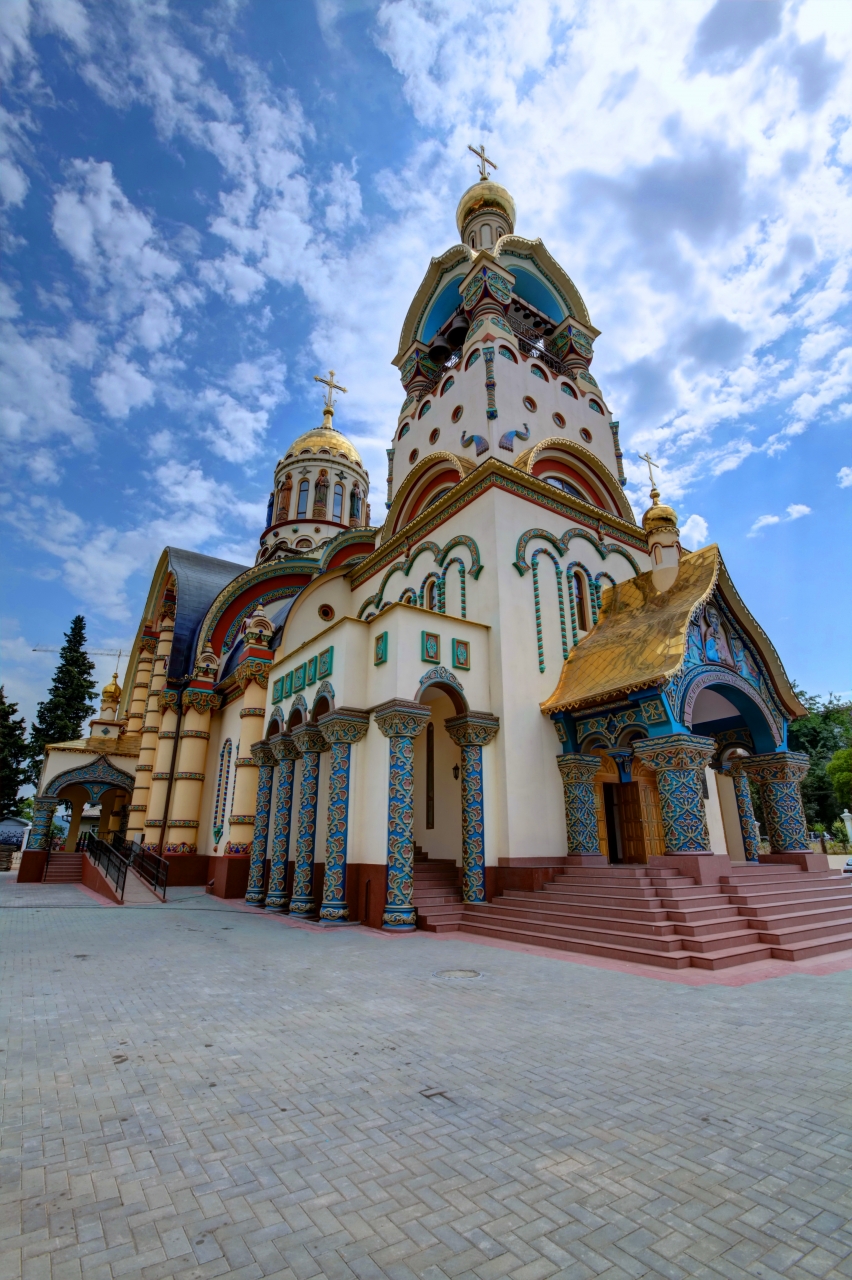 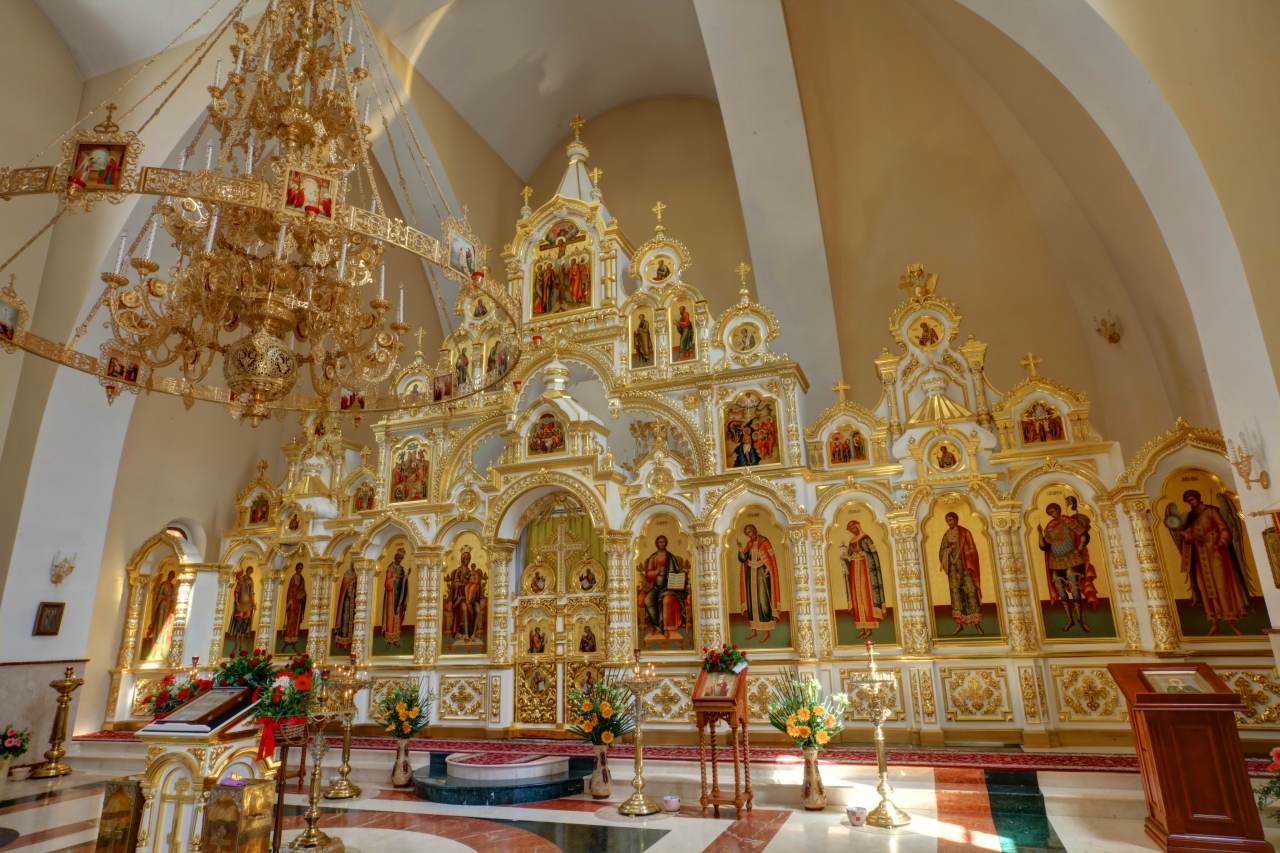 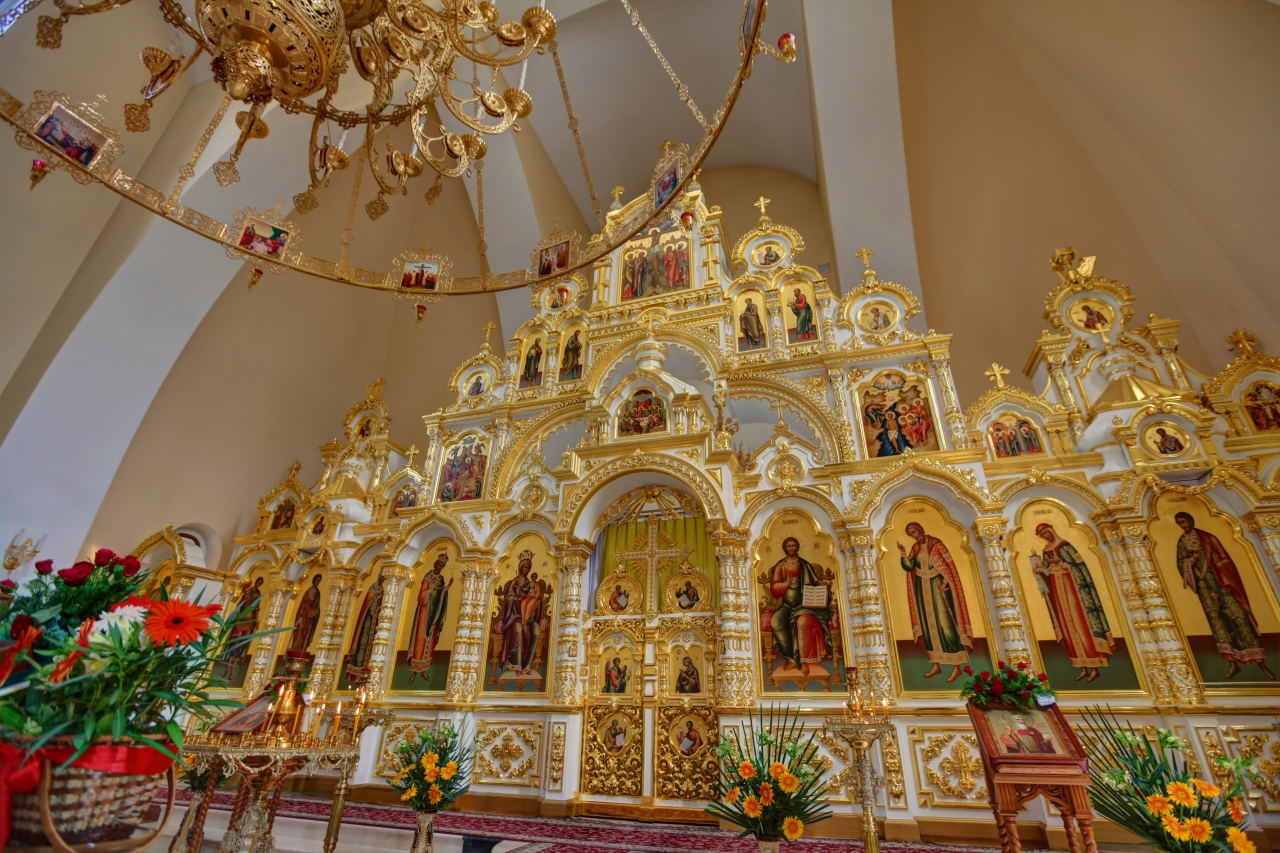